Some love this song, some absolutely hate it. Mainly because the singer Zhao Lei sings about “leftover women”, the so-called “剩女” which is a big issue in China. My opinion: the song is innocent, Chinese society is guilty. Let’s have a closer look.

She is a 30-year-old woman who is still unmarried
There are a few wrinkles in her smiling face beside her eyes
Thirty years old, light and passion have been polished by the years
Is the life of one person faster than two people

I like the gentleness of a thirty-year-old woman
I know the loneliness in the middle of the night is unbearable
You said you have been busy at work for too long
It’s been thirty years without realizing it
Picky, take turns, you choose again and again

She is a thirty-year-old woman who is still in shape
Can such a woman retain the purity of the year?
But in this world sometimes appearance decides everything
But no matter how splendid looks can’t hold back aging

I hear the sound of lonely heels and your smile
You can find someone to rely on
So after the cold winter, before the hot summer
Who will give you the same love as spring
The most beautiful after sunset
Time has slipped away

Busy at work for too long
Unconsciously, it’s been thirty years
Picky, take turns, you choose again and again
So after the cold winter, before the hot summer
Who will give you the same love as spring

After Zhao Lei sang the song on Hunan Satellite TV’s music program “歌手” (singer), the lyrics of the song caused much controversy. The critics believe that the lyrics reflect the singer’s outdated and one-sided views about women. He has only two ways of judging women, one is appearance and the other is marriage. This is actually the most backward view of women. This gave Zhao Lei the reputation of a defender of “straight male chauvinism”. An entertainment marketing account issued an article from a female standpoint, accusing him of blatantly discriminating against older unmarried young women.

The melancholy song indeed deals with the “typical leftover woman scenario”: a 30-year-old woman, “still” unmarried, her youth is slowly passing away, becoming more and more lonely, since all her friends are gradually getting married and having children. Horrible, right?

The problem is not the song itself, but the societal phenomenon it tries to address. Reading the Chinese comments, I found that some people can’t stand the song and the singer, simply because they can’t stand the stigmatization of unmarried women (which I can’t stand neither). For them the song says “快点结婚吧” or “time to get married”. They didn’t ask for Zhao Lei’s pity for unmarried women and refuse to be put in the 剩女-box. They want to live their own lives, shape their own destinies.

As a 20-year-old single woman, I am not without a suitor. Zhao Lei’s song really voices my inner fears, I am very touched by it. The song is close to my heart. I really don’t feel discriminated against or pitied by at all. Instead, I feel that “三十岁的女人” is just comforting us and giving us a bit of strength. I wonder if it’s because of his lyrics. I was so moved because of him singing “picky” [挑剔], but I think he uses the right word, we have been “picky”: waiting for the best love and the best marriage in our hearts. The lyrics “So after the cold winter, before the hot summer, who will give you love like spring” are really beautiful, I really feel that my heart is healed while listening.

In the western world, most people indeed would ask why this situation (30+, woman, unmarried) poses a problem. After all, it’s not too late to find a suitable partner (if that’s what she wants to do). But unfortunately this seems to be a problem for the majority of people in China. From the age of 30, not being married, puts women under a lot of psychological pressure. As if soon it all will be too late for them, they failed and their whole life will have been in vain.

What do Chinese really thing about “leftover women”?

If you want to find out what young people in China think about “leftover women”, have a look at this video by Mandarin Corner. You may discover that their thinking is much more individualistic and less traditional than the older generation.

That’s my simplistic take on 三十岁的女人 by Zhao Lei. Let me know what you think. Like this post? Feel free to give it a thumbs up. 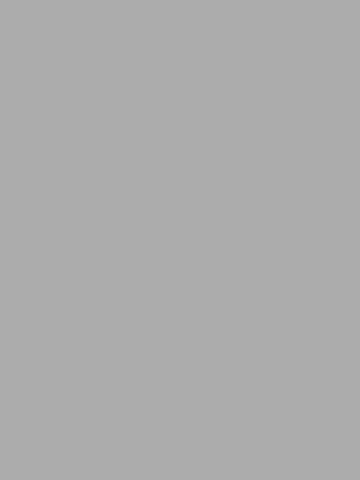